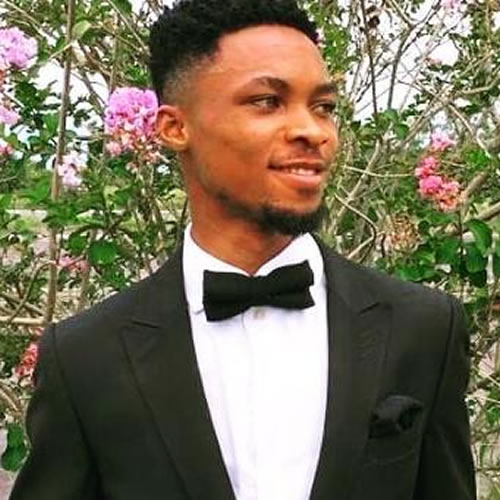 Samuel Samuel Walter was born April 18 1994. He is the second son of Samuel Walter (late) and Margaret Walter, of Mbiabam Ibiono, Ibiono Ibom L.G.A, Akwa Ibom State. He attended Holy Family College, Abak,  where his artistic abilities where molded. He began as a soprano in the school Catholic Choir and also acted in school plays.

He graduated from Federal Government College, Ikot Ekpene, Akwa Ibom State and then went unto to study Botany and Ecology at the University of Uyo, Akwa Ibom. While at the University, he began training as a spoken word artiste. He deferred his degree program for a two year period due to lack of funding. He moved to Abuja to work as an assistant and housekeeper for Akinola Akinjide the CEO/MD  of Tripple Two oil and gas. He began taking professional online acting courses with Amy Jo Berman, an HBO casting director and offline acting courses with Wengs Matthew, a Nollywood director. He was accepted at the American Academy of Dramatic Arts 2017 but could not attend due to lack of funding. Since then he has gone on to perform at radio stations and on several stages. He performed his work “The miracle” as an opening act at Jarel Ebuka’s live session in cube cafe Abuja. He is a member of the Abuja Literary Society.

Samuel is an art lover who loves creating arts from music, fashion, TV to food. He is a chef who has worked in the food industry, usually creating arts on his plates. He has worked with the Zarmarjesty Fashion Brand.

He is a writer and a poet whose works are on his website, https:dancinglines145188256.wordpress.com

He hopes to tell the African story with his works, and as a movie maker from the African perspective.